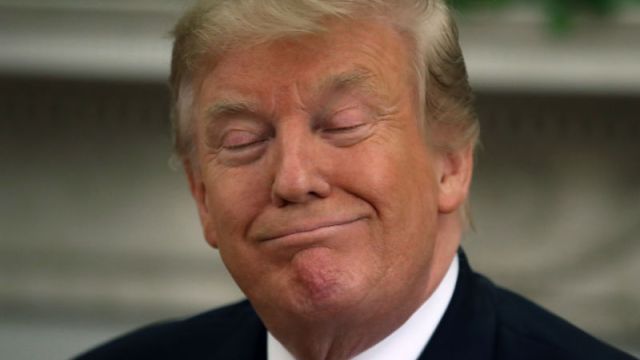 Defense Secretary Mark T. Esper said on Sunday that he never saw any specific piece of evidence that Iran was planning an attack on four American embassies, as President Trump had claimed last week as a justification for the strike on an Iranian general that sent the United States and Iran to the brink of war.

“I didn’t see one with regard to four embassies,” Mr. Esper said on CBS’s “Face the Nation.” But he added: “I share the president’s view that probably — my expectation was they were going to go after our embassies. The embassies are the most prominent display of American presence in a country.”

The SoD reads the exact same eff’ing presidential daily briefing as Cadet Bone Spurs hisself reads (haha, I jest: our Stable Jenius is illiterate and reads nothing), and so if Esper says he saw nothing, then there was nothing to see, and QED bitchez, there was no imminent attack.

It is all a lie, an act of war, and all of it was done as an aid for Comrade Stupid’s re-election effort. Also, the subsequent accidental shooting-down of the Ukraine airliner by Iran is just more fall-out from this one stupid man’s narcissistic action to grasp more power. We almost entered World War 3 because his mommie didn’t hug him enough.

Repeat after me kids: “Our President is a crook who is enriching himself with our taxpayer dollars and causing international incidents, including killing people,  in his quest for power.”

“President Donald Trump authorized the killing of top Iranian Gen. Qassem Soleimani seven months ago if Iran’s increased aggression resulted in the death of an American, according to five current and former senior administration officials.

“The presidential directive in June 2019 came with the condition that Trump would have final sign off on any specific operation to kill Soleimani, officials said. That decision explains why assassinating Soleimani was on the menu of options that the military presented to Trump last week for responding to an attack by Iranian proxies in Iraq that killed an American contractor and wounded four U.S. service members, the officials said.

“The timing, however, could undermine the Trump administration’s stated justification for ordering the U.S. drone strike that killed Soleimani in Baghdad on Jan. 3. Officials have said Soleimani, the leader of the Islamic Revolutionary Guard Corps’ elite Quds Force, was planning imminent attacks on Americans and had to be stopped.”