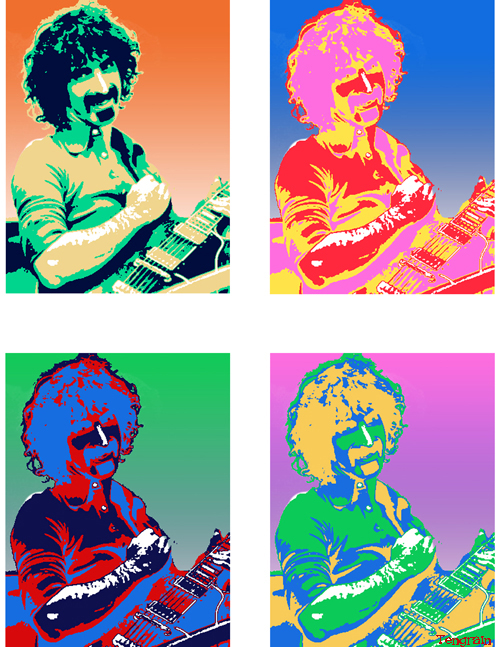 I found this book at the Seattle Library:

Frank Zappa was an unremitting musical innovator and experimenter, always looking for ways to exploit the latest advances in technology. His working life coincided with the explosive development of music technology that ran from the 1960s through the following three decades. Without such inventions as the Marshall amplifier, the Gibson SG, the wah-wah pedal, and the Synclavier–much of it modified to his requirements and used in ways for which they had never been designed–Zappa’s “air sculptures,” as his music has been described, would have had a significantly different shape and texture.¶ Lavishly illustrated–including over 180 unique photographs of Frank Zappa’s guitars and equipment taken by the author at his UMRK studio in LA and featuring a foreword by Dweezil Zappa–Zappa’s Gear offers an unprecedented inside look at the machinery behind the legendary music. In addition to a detailed presentation of the equipment, Zappa’s Gear also introduces some of the pioneering inventors, engineers, and entrepreneurs without whom the instruments would not exist.¶ Zappa’s Gear is an official Frank Zappa book produced and written with the full cooperation and endorsement of Gail Zappa and the Zappa Family Trust.

I have not read it, I cannot vouch for it, but for you serious musicians and Friends of Frank, this might just be the thing for Zappadan.

This entry was posted in Zappadan. Bookmark the permalink.