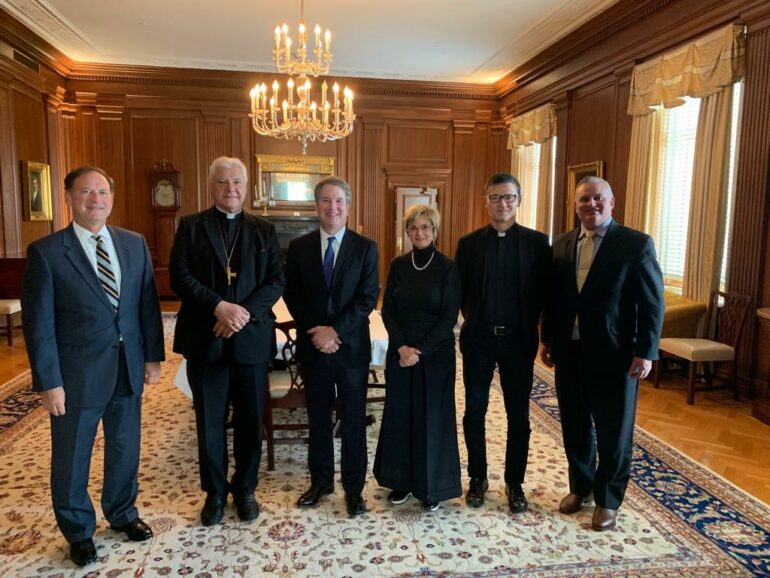 That’s anti-LGBTQ activist Brian Brown on the far right (the one who looks like an over-stuffed sausage), late of NOM, and now from International Organization for the Family (IOF) pal’ing around with Justices Alito and Brett Kavanaugh and high-ranking Catholic Church official Gerhard Müller. You’ll never guess why!

“This past week, I had the distinct honor of accompanying Cardinal Müller and Princess Gloria at a number of important meetings in Washington. Certainly a major highlight of our meetings was the opportunity to spend time with Supreme Court Justices Samuel Alito and Brett Kavanaugh.”

Brown has been trying for years now to shove gay people back in the closet and has made a career of trying to get the Supreme Court to overturn its 2015 Obergefell decision; he’s also on the front lines of trying to get Roe overturned, too.

This entry was posted in Homophobia, marriage equality, Transphobia. Bookmark the permalink.

13 Responses to News That Will Drive You To Drink