The Globe and Mail tells us that Justin Trudeau’s Liberal Party will “govern with a strong minority” after a victory in last night’s Canadian federal elections:

“Justin Trudeau’s Liberals have retained enough seats to govern with a strong minority in the House of Commons as the result of a robust showing in Ontario, bringing an end to an acrimonious campaign and ushering in the uncertainty of a divided Parliament and a country split along regional lines.

“The Liberals face significant challenges as they enter their second mandate: They won the most seats in the House, but lost the popular vote to the Conservatives. About 6.2-million Canadian voters – or 34.4 per cent – chose Mr. Scheer’s party over the 5.9-million voters – or 33.1 – cent – who opted for Mr. Trudeau’s Liberals.

“They were shut out in Alberta and Saskatchewan.”

Oh, dear, I didn’t know that Canada had a Possum Hollar problem, too/aussi.

Anyway, it means that M. Trudeau will be around to go to the Bed Bug Summit where’er Prznint Stupid decides to , er, grift it, and Mel will get that dreamy look in her vulpine eyes again.

Or the First Shady, for that matter: 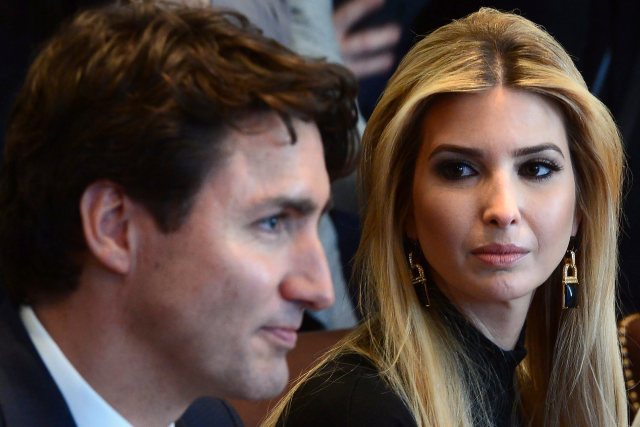 …and I’m not betting on which one makes Comrade Horndog more upset.