Only The Finest People, Part Infinity 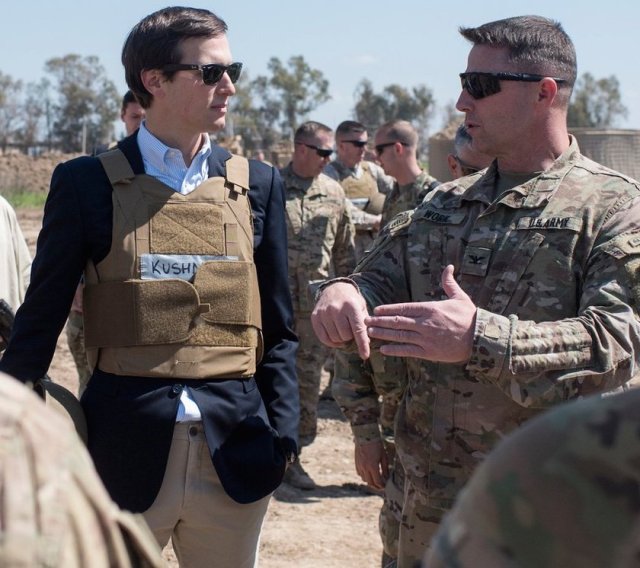 “I say, old Bean, have you any Grey Poupon?”

When I ask rhetorically, “where does Prznint McGrifter find these people,” I have to remind myself that it was his Fratsputin, Jared Kushner who found White House Trade Advisor Peter Navarro while perusing conspiracy theory and other crank authors on Amazon, looking for someone with China experience.

The Chronicle has a story entitled, “Trump’s ‘China Muse’ Has an Imaginary Friend”

“Ron Vara has strong opinions. He thinks you’ve “got to be nuts to eat Chinese food.” He doles out little scraps of wisdom, like “Don’t play checkers in a chess world.” Vara is a military veteran and Harvard-trained economist who made seven figures in the stock market by investing in companies that do well during international crises. His contrarian savvy earned him an ominous-sounding nickname: Dark Prince of Disaster.

The thing is, Vara doesn’t exist, and oddly, Ron Vara is an anagram of Navarro, go figure. The article is sort of hysterical reading with a lot of people doggedly trying to fact check Navarro’s work and continuously running into Vara as a source.

“Those who know Navarro well, Autry says, were fully aware that Ron Vara was a phony source who often popped up in his books. He said Vara was Navarro’s “alter ego,” an “everyman character” who dispenses cutesy business aphorisms as well as dire warnings about Chinese food.

“Another of Navarro’s co-authors, however, was unaware of Ron Vara’s fictional status. Vara is quoted in Seeds of Destruction: Why the Path to Economic Ruin Runs Through Washington, and How to Reclaim American Prosperity (FT Press, 2010), written by Navarro and Glenn Hubbard, a professor of finance and economics at Columbia University and dean emeritus of the business school. Asked via email whether he knew that Navarro had inserted a fictional character, and whether doing so was OK with him, Hubbard replied “No and no.”

So Peter Navarro, Prznint Stupid’s top trade advisor, found by Jared Kushner, is a nut job who invented sources out of whole cloth for his books? Good to know!

No wonder I’m tired of so much winning!

5 Responses to Only The Finest People, Part Infinity