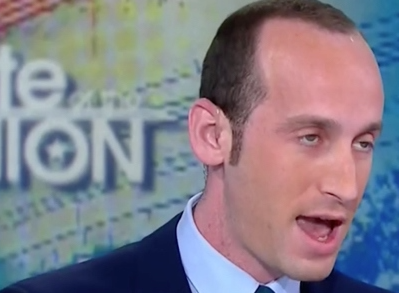 The animal magnetism of Stephan “Pee-Wee Goering” Miller is palpable.

No, despite his clearly inhuman appearance, Stephan Miller, doesn’t have a second heart (I doubt he has even one, or if he does it’s in a jar in the fridge), but he might have a girlfriend.

Pence has hired Katie Waldman, 27, to be his new press secretary, per NBC. She was a spokesperson for DHS under Nielsen, then comms director for Sen McSally. Also worth noting: Waldman is dating Stephen Miller https://t.co/ESjkw3fbyC

He might end up with that second heart in a jar.