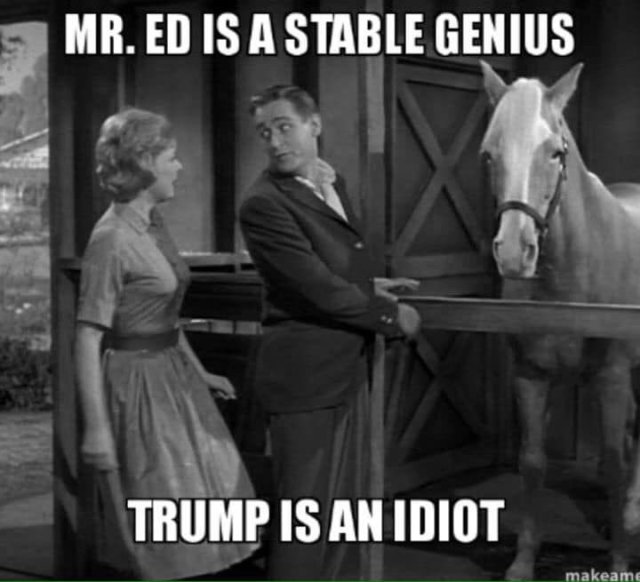 China announced earlier on Friday that it would levy retaliatory tariffs ranging from 5% to 10% on $75 billion of U.S. goods in two batches on Sept. 1 and Dec. 15. You know, while Fed Chairman Powell was trying to calm everyone down after the Orange Menace was revving everyone up.

And then The Chosen One, Comrade Stupid tweeted the insane Seizing the Means of Production we covered earlier, and as an added bonus declared:

….My only question is, who is our bigger enemy, Jay Powell or Chairman Xi?

…and after The King of Israel tweeted that: 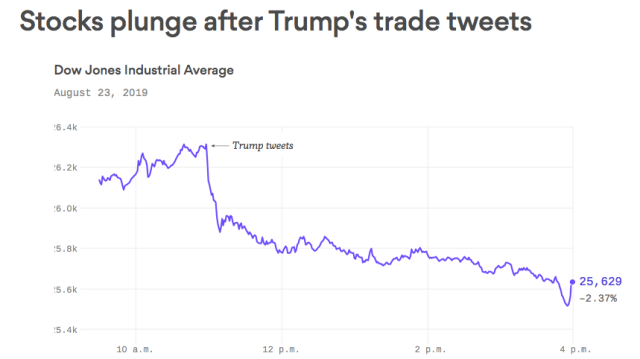 Cause and Effect
(Axios)

But Tariffman has an explanation for this madness:

The Dow is down 573 points perhaps on the news that Representative Seth Moulton, whoever that may be, has dropped out of the 2020 Presidential Race!

Are you tired of so much winning, yet?

This entry was posted in 25th Amendment, 4th Reich, Lord Damp Nut, The Russian Usurper, The Miracle of the Trump Economy. Bookmark the permalink.