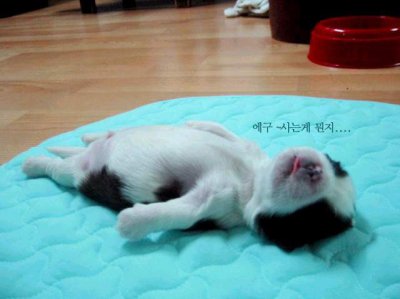 Maybe one of Epstein’s guards?

There are some exciting new details on the Epstein-Barr syndrome conspiracy theory:

“The two staff members who were guarding the jail unit where Jeffrey Epstein apparently killed himself fell asleep and failed to check on him for about three hours, then falsified records to cover up their mistake, according to several law enforcement and prison officials with knowledge of the matter.

Be prepared for a shock, Gentle Readers: thanks to Prznint Slash-and-Burn, federal prisons do not have enough guards to guard da joint, so they use support staff (nurses, teachers, etc.) to serve as guards: One of those sleeping guards was not a correctional officer:

“One of the two guards on duty at the time of Jeffrey Epstein’s death was reportedly a substitute who didn’t typically work as a corrections officer. This comes as Congress, the Justice Department and FBI launch investigations.”

BRING ME THE HEAD OF THE MAIL ROOM CLERK!!! — The LATimes tells us that the guards been placed on leave and the jail’s warden has been removed as federal authorities investigate.

“The search was directed by the Epstein task force led by the U.S. attorney’s office for the Southern District of New York, the officials said.

“A law enforcement source said the search of Epstein’s home and private island in the U.S. Virgin islands was suggested years ago, but evidently went nowhere.”

Lastly, on to our Conspiracy Theorist-in-Chief, who defends implying that the Clintons had Epstein capped (which is so totally normal for a prznint to do, amirite?):

“President Donald Trump on Tuesday defended his decision to share a tweet suggesting Bill and Hillary Clinton were involved in financier Jeffrey Epstein’s suicide, and stoked speculation about the former president’s relationship with the deceased convicted sex offender.

“The retweet — which is what it was, just a retweet — was from somebody that’s a very respected conservative pundit, so I think that was fine,” Trump told reporters, referring to a conspiratorial message by comedian and commentator Terrence K. Williams, which he re-posted Saturday.”

Here’s the thing to keep in mind: no matter what, this complete failure falls on AG Bill ‘Low’ Barr, as all the federal prisons fall under his purview. He couldda/shouldda kept tighter control on what was happening with his most high-profile prisoner.

I’m still perched on Occam’s Razor: incompetence does happen, but damn, this is a cascading shit-show.