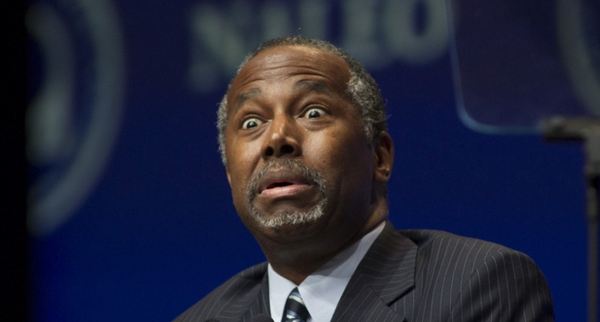 The Department of Housing and Urban Development has proposed a new rule that would allow homeless shelters that receive federal funding to deny homeless people entry on religious grounds, and force transgender women to use men’s restrooms and sleeping quarters:

A day before the proposal was released, HUD Secretary Ben Carson said he was not anticipating any changes to the Obama-era Equal Access Rule while being questioned by Congress.

“The announcement today that HUD will now allow anti-trans discrimination in shelters demonstrates that he either lied to Congress or has no idea what policies his agency is pursuing,” Rep. Jennifer Wexton (D-VA) told Politico.

This entry was posted in Ben 'The Blade' Carson, Family Values, Theocrats, Transphobia, We Don't Serve Your Kind, Xristian Xraxies, Y'all Qaeda, Your Kind Cannot Pee Here. Bookmark the permalink.