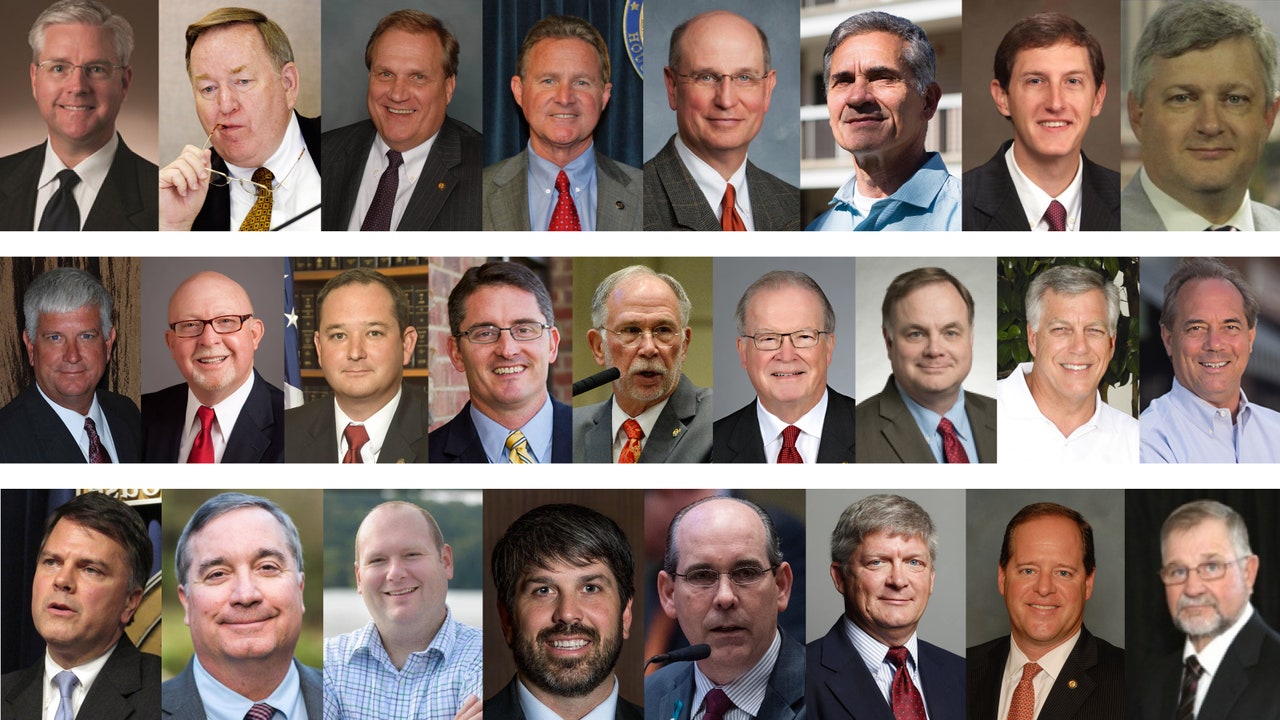 Glamour Magazine spotted something about Alabama Senators who enthusiastically support Forced Birth. Can you spot it?

Aside from the obvious consequences to women if Alabama’s gambit to replace Choice with Forced Birth, the 52% of the electorate with ovaries might take exception with 25 straight, white, cisgendered male theocrats from Possum Hollar telling the entire nation that they will have their rapists baby.

This headline sort of brings the insanity of this law into stark relief: “Under Alabama’s Abortion Ban, Doctors Who Perform Abortions on Rape Victims Could Get More Prison Time Than Rapists.”

“Sen. Mitt Romney on Sunday said he doesn’t support a recently enacted law prohibiting nearly all abortions at any point during pregnancy in Alabama.

“…Romney is not the first prominent Republican to come out against the Alabama abortion law. House Minority Leader Kevin McCarthy of California said last week that the bill goes “further than I believe,” and Republican National Committee Chairwoman Ronna McDaniel said she believed the bill should have made exceptions. While not addressing the legislation directly, President Donald Trump on Saturday night tweeted that he favored exceptions in the case of rape and incest.”

“Leader McConnell’s record has been clear for decades on this issue,” said McConnell spokesman Doug Andres. “He opposes abortion except in the instance of rape, incest, or the life of the mother in is danger.”

“I’m not down there,” he said of his home state’s most recent law.

The latest antiabortion legislation represents a new front in the abortion debate. Nationally, Republicans have supported exceptions for all three circumstances for many years.

Sen. Thom Tillis (R-N.C.), who is up for reelection this year, also said he opposed sweeping bans. “Of course there needs to be” exceptions, he said.

Several Republican senators, however, refused to weigh in on the issue.

“I don’t really have a response,” said Sen. Shelly Moore Capito (R-W.Va.), who is also up for reelection next year. “I’m going to have to digest what’s going on.”

“States don’t need to hear from me on what they’re going to do,” said Sen. John Barrasso (R-Wyo.). “That’s how I always felt when I was in the state Senate.”

…but, you know, not enough to do anything about it. And it is still men telling women that they are essentially breeding mares, but that they understand the bloodlines of non-thoroughbreds, and you women don’t have to foal these. Mighty big of these men, and also shows that the politics of it is insane. If they really believe that nonsense about it being God’s Plan, there is at least a consistency in the theocrats position.

Wait, what’s that you say?

The Bible never mentions abortion
God states a fetus has less value to Him than a woman in Exodus
God mandates abortion for pregnant unfaithful wives in Numbers
God frequently demands slaughter of infants &amp; fetuses
Jesus never mentions it
JC did oppose the death penalty

*thanks Scissorhead Karla for alerting us that Fugeslang was back!

This entry was posted in Forced Birth, sexism, War on Women. Bookmark the permalink.