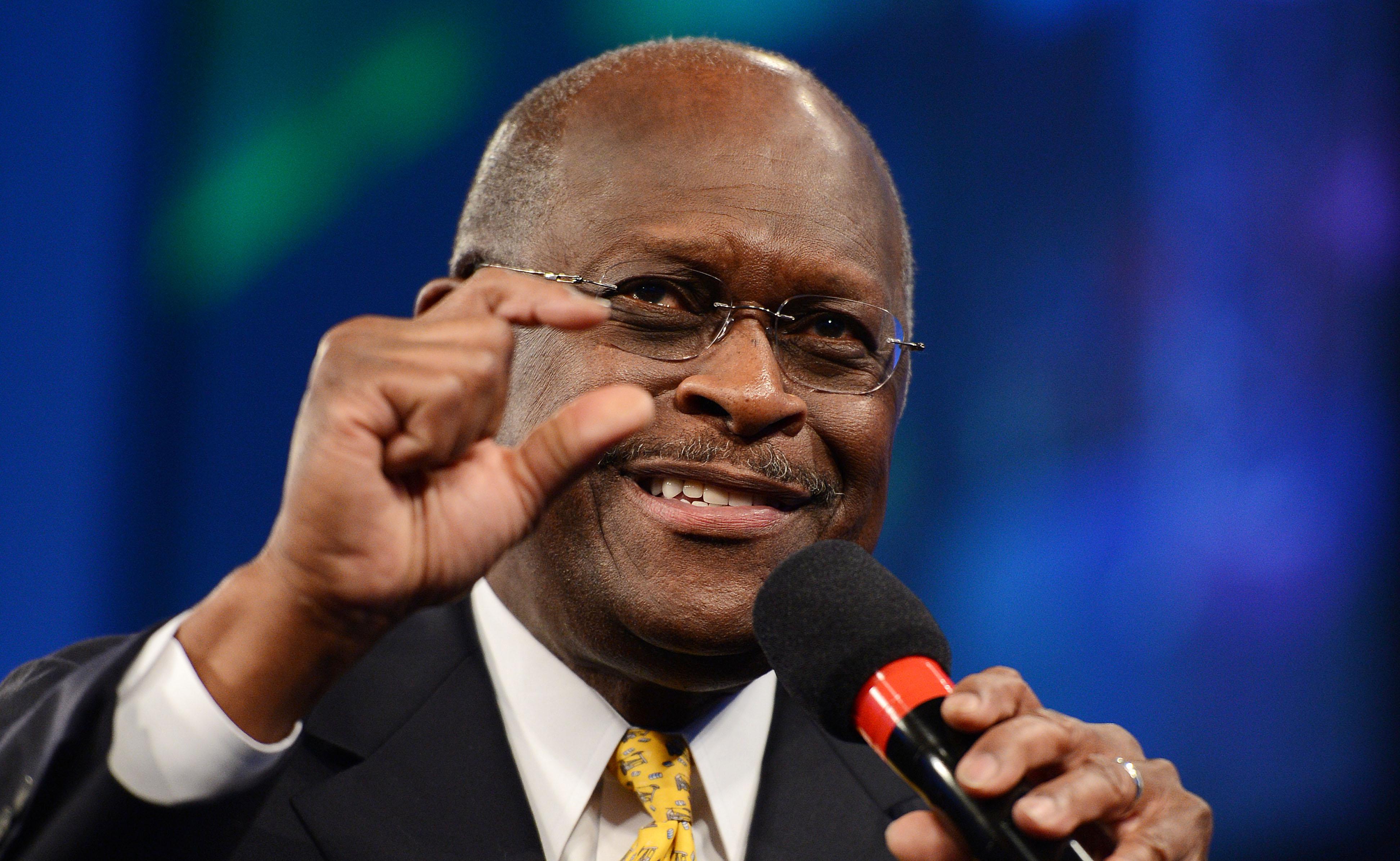 Black Walnut’s (his nickname, not mine!) march to the Fed based on a career of determining the optimum price of 3-topping pizza, seems to have run into a few bumps in the home delivery:

My friend Herman Cain, a truly wonderful man, has asked me not to nominate him for a seat on the Federal Reserve Board. I will respect his wishes. Herman is a great American who truly loves our Country!

Axios fills in some blanks:

“I quit because, uh, REASONS!,” Cain didn’t say. “You want extra cheese on that?”

“One of President Donald Trump’s picks to serve on the Federal Reserve Board has written that women should be banned from refereeing, announcing or beer vending at men’s college basketball games, asking if there was any area in life ‘where men can take vacation from women.’

“Stephen Moore, an economic commentator and former Trump campaign adviser, made those and similar comments in several columns reviewed by CNN’s KFile that were published on the website of the conservative National Review magazine in 2001, twice in 2002 and 2003. … Moore told CNN’s KFile in an email, ‘This was a spoof. I have a sense of humor.’”

This entry was posted in 4th Reich. Bookmark the permalink.