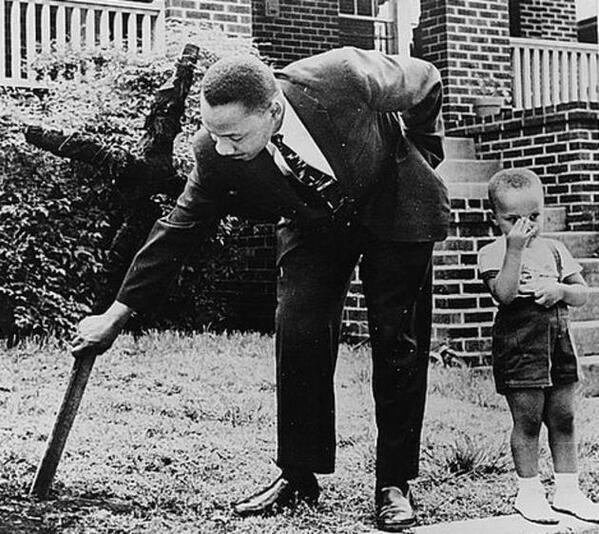 Martin Luther King and son find a burned cross on their lawn.

The LATimes reminds us:

“On this date in 1968, the Rev. Martin Luther King Jr. was shot and killed as he was standing on the balcony of the Lorraine Motel in Memphis, Tenn. The night before, facing death threats, King was well aware of his own mortality when he gave what’s become known as the “I’ve Been to the Mountaintop” speech. The assassination shook the nation, and, as a Times oral history on the 50th anniversary last year showed, it is seared in the memories of those who experienced it.”

This entry was posted in Today in History and tagged MLK. Bookmark the permalink.

5 Responses to Today In History