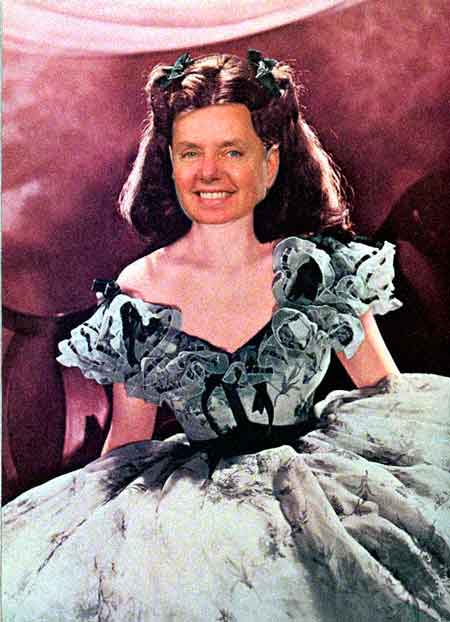 Scarlett: Sir, you are no gentleman.
Rhett Butler: And you, Miss, are no lady.

By an overwhelming margin, the House passed a non-binding resolution Thursday that calls upon the Justice Department to release Special Counsel Robert Mueller’s report to the public. The margin was 420-0.

But that’s not where thing get interesting. You see, Senatorette Lindsey Graham is blocking the Senate from voting on this because, well, this:

“But Graham, a close ally of Trump’s who chairs the Judiciary Committee, objected after Schumer refused to amend the House-passed resolution to include a provision calling on the Justice Department (DOJ) to appoint a special counsel to investigate DOJ misconduct in the handling of the investigation into 2016 Democratic presidential nominee Hillary Clinton‘s email use and the Carter Page Foreign Intelligence Surveillance Act applications.

“Graham stressed that he supported Mueller’s probe into Russian interference in the 2016 election, and predicted that it would wrap up shortly. But he added that he had been “trying to find balance” by also supporting an investigation into Clinton-related scandals. “

This entry was posted in Little-Kremlin-on-the-Potomac, Senatorette Miss Lindsey Graham. Bookmark the permalink.