Michael Cohen: The Would-Be John Dean of the Little Kremlin-on-the-Potomac 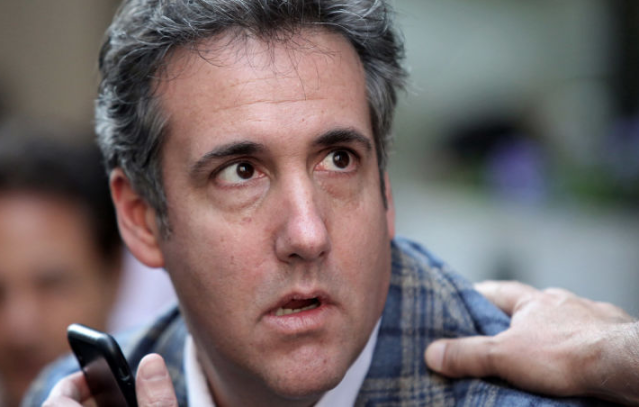 Touched By An Angel, or at least a Fed.

Friends and allies of Comrade Stupid have been smearing Cohen as an admitted liar and now felon (all of which is true), hoping that it will cause everyone to discount whatever Cohen says as more lies. I think even Cohen is smart enough to bring evidence to his hearings. It might be that no one believes his story, but it is harder to ignore receipts (as all the kids say).

“Cohen … is planning on portraying his onetime client in starkly negative terms when he testifies Wednesday before a House committee, and on describing what he says was Mr. Trump’s use of racist language, lies about his wealth and possible criminal conduct.”

So one hopes he really has hard evidence, especially of the criminal conduct.

The press is betting that Wednesday’s public testimony will be the most damaging for a president since John Dean helped bring down Richard Nixon during the Watergate scandal.

The LATimes has a handy cut-out-and-keep chart of what you need to know.

This entry was posted in Little-Kremlin-on-the-Potomac, Michael Cohen. Bookmark the permalink.

3 Responses to Michael Cohen: The Would-Be John Dean of the Little Kremlin-on-the-Potomac