Roger Stone Pleads the Fifth on the 4th, Surprised by Trump Tweet on the 3rd 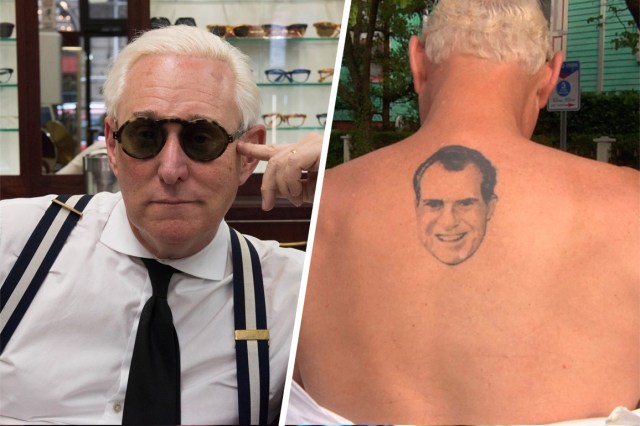 Today, noted rat-eff’er Roger Stone told “congressional committees that he would invoke his Fifth Amendment rights in order to not testify in response to requests for documents and testimony.”

“Stone’s letter was sent as Trump tweeted on Monday that Stone had “guts” for saying that he wouldn’t testify against Trump in Mueller’s investigation. But Trump has also been critical of those who invoke the Fifth. “The Mob takes the Fifth. If you’re innocent, why are you taking the Fifth Amendment?” he said at a September 2016 rally.”

Totally sure of that. Dude had no idea Prznint Stupid was gonna dangle a pardon in front of him.

5 Responses to Roger Stone Pleads the Fifth on the 4th, Surprised by Trump Tweet on the 3rd