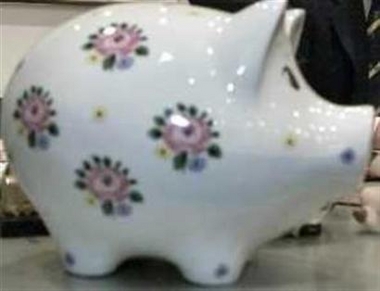 Wells Fargo decided to try to stretch the old It-Is-Only-Marketing defense, like a Duggar’s nether region, and hilarity ensued:

“Wells Fargo, which is struggling to rebuild its reputation for integrity after a string of scandals involving consumer rip-offs, is testing the limits of the “puffery” defense. In a legal filing last week aimed at getting a shareholder lawsuit dismissed, the company asserted that statements that the bank was working to “restore trust” among its customers and “trying to be more transparent” about its scandals — statements made by its chief executive, Tim Sloan — were, well, just puffery.

“The filing says these were generic statements “on which no reasonable investor could rely.” Therefore, even though the bank’s stock price fell sharply when evidence emerged that they were false, investors don’t have grounds to sue for their losses.”

So, you know, telling investors that they should have known better than to trust Wells Fargo CEO Tim Sloan seems like solid advice.

Which brings us to the Wells Fargo Mission Statement:

“Our product: SERVICE. Our value-added: FINANCIAL ADVICE. Our competitive advantage: OUR PEOPLE”

“And our plead is NOT GUILTY,” Sloan did not add. Yet.

5 Responses to The Wells Fargo (Paddy) Wagon Is A-Coming