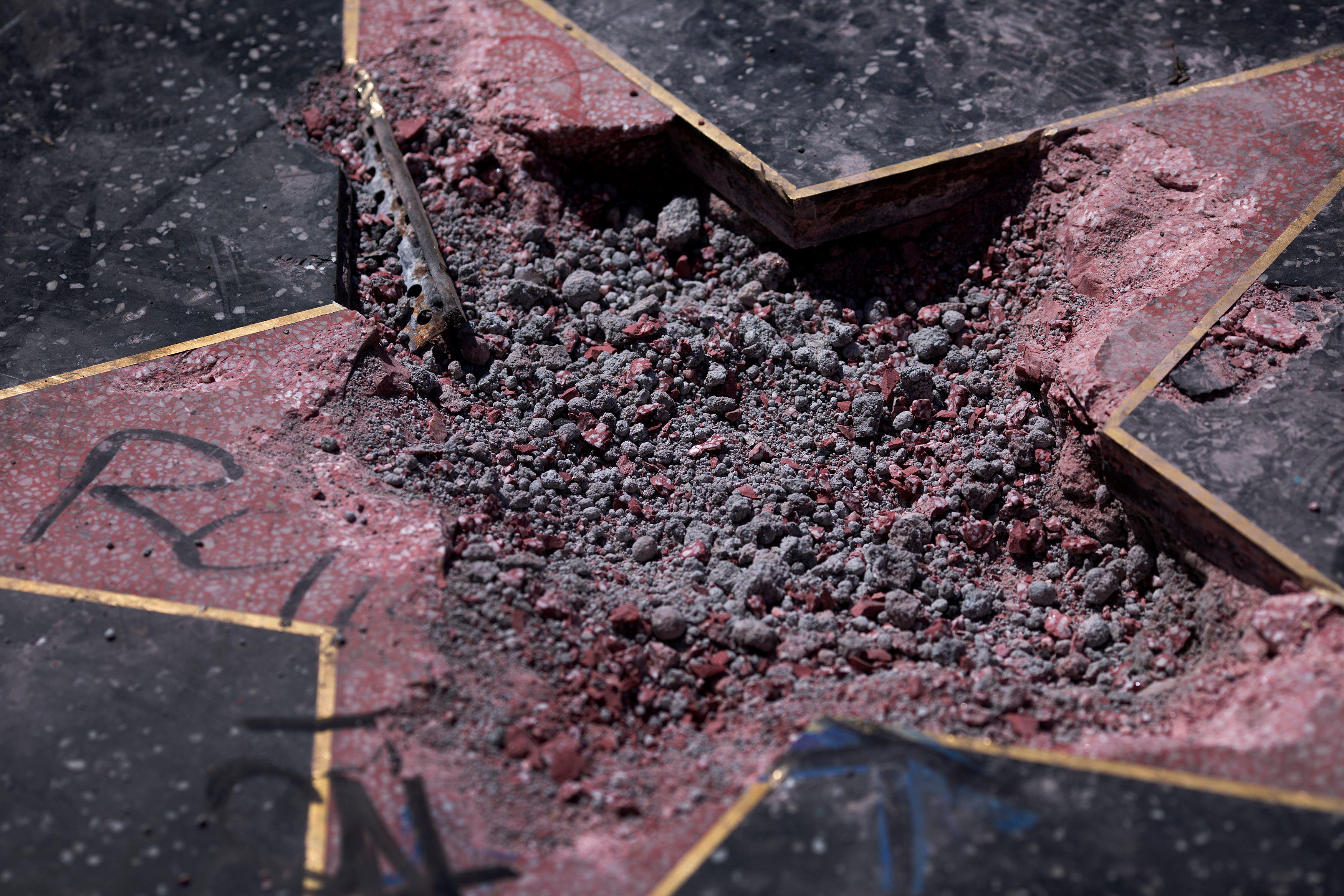 The destroyed star of Donald J. Trump on the Hollywood Walk of Fame.
David McNew/Getty Images

Anyway, it happened again, but this time the City of West Hollywood passed a formal resolution asking the Hollywood Walk of Fame to not replace it. Not so much because it cannot be protected but because of…

… Trump’s “disturbing treatment of women and other actions that do not meet the shared values of the City of West Hollywood, the region, state, and country.” The resolution went on to discuss, among other things, the Access Hollywood tape, the family separations at the border, the transgender troops ban, and “continued refusal to hold Russia accountable for its crimes.”

So it has come to this, Scissorheads, it is incumbent upon us to propose a new location for Comrade Trump’s star. For 17% of 1/4 point, tell us where Trump can shove his replacement star… in Possum Hollar.

In the comments, #3 lead pencil only.

Imma go with in the Walmart Parking lot.