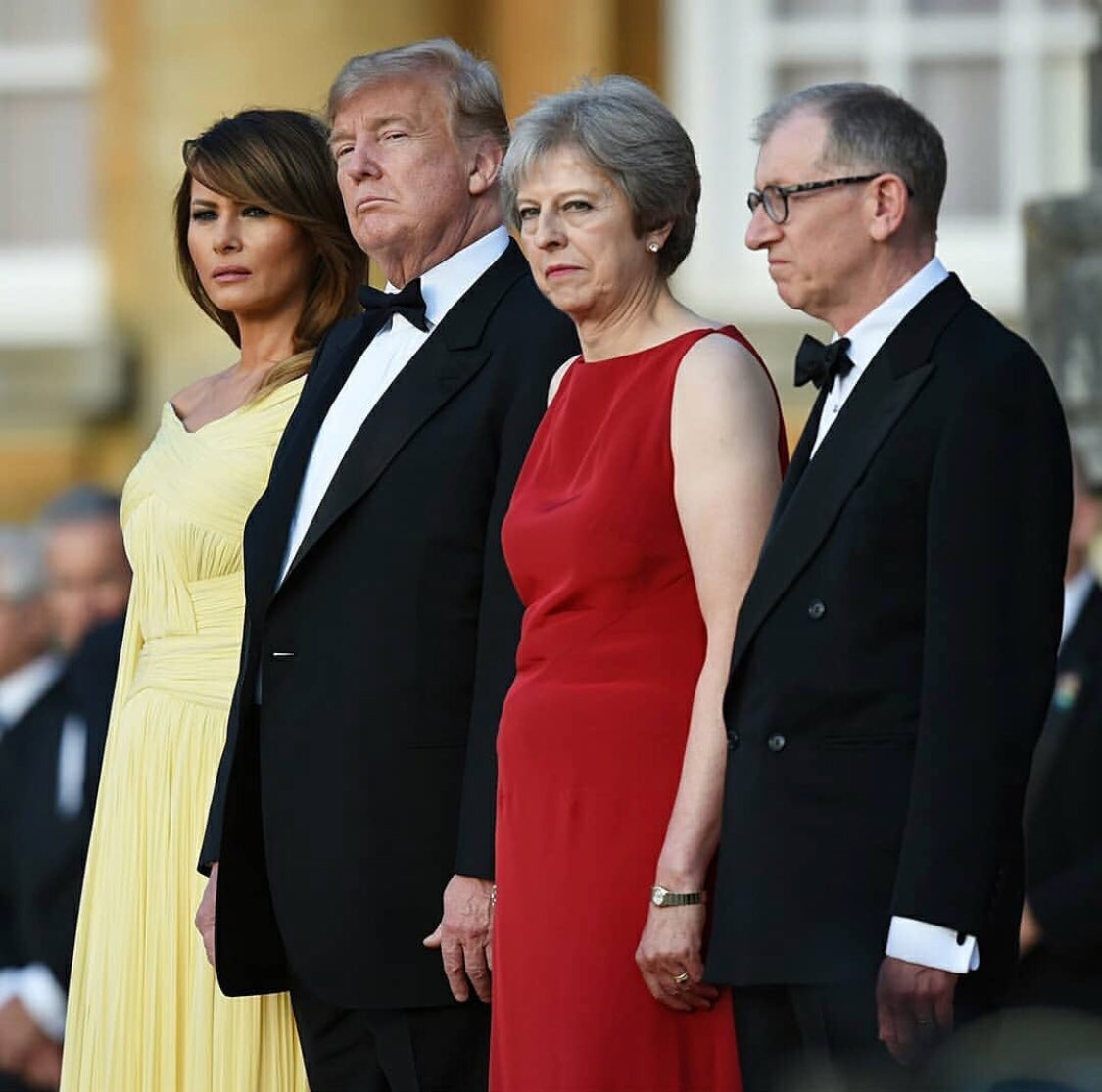 Everyone is having a swell time.

The Art of the Deal reaffirmed support for NATO on Thursday, but after making a vague threat that ‘Murika could go its own way if the allies refused his demands for mo’ money.

Comrade Stupid Trump hailed himself (AGAIN!) as a “stable genius,” saying he deserved “total credit” for pushing the allies to increase their military spending by more than previously agreed to.

Just one catch: it was a lie.

French President Emmanuel Macron: “There is a communique that was published yesterday. It’s very detailed . . . It confirms the goal of 2 percent by 2024. That’s all.”

Before Air Force 1 touched a single wheel in Old Blighty, Comrade Trump was praising Brexit enthusiast Boris Johnson, and dissing Prime Minister Theresa May. Then Prznint Stupid gave an exclusive interview to Rupert Murdoch’s tabloid The Sun, in which he said that May’s soft Brexit strategy would kill any future trade deal with the UK. May’s tenuous grasp onto her office just got tenuouser (is too a word!). Tonkety-tonk!

Today, Comrade Stupid is supposed to take tea with Queen Lizzie at Windsor Castle. I’m only guessing, of course, that he wants to hot glue his name to the palace and have ol’ Liz pay for the privilege. Merde-a-Lardo UK, and methinks. QE-2 will not be amused.

Hope she asks about the Russian Pee Hookers!

Comrade Stupid’s next stop: his golf club in Scotland for the weekend, naturally, and we taxpayers will foot the bill for his greens fees.

The Scots, I’m sure, will ask about the Russian Pee Hookers, so more exiting vacation news to come!

This entry was posted in 4th Reich, Lord Damp Nut, The Russian Usurper. Bookmark the permalink.