The Spidey-Senses of Sen. Susan Collins 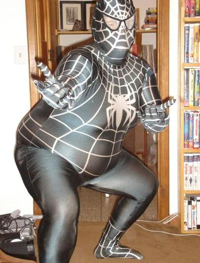 Sen. Susan Collins shows us once again that she is an independent, principled GOPer.

Collins said that when she met with the president to discuss the need to fill the seat of Kennedy, who announced his retirement last week, she told him that several qualities are important, including judicial temperament, intellect, fidelity to the rule of law and “most important of all, respect for precedent.”

The Maine Republican added that “it would be inappropriate” to ask a judicial nominee how they are going to vote on a future case.

Sen. Collins eluded how you reconcile those things, respect for precedence and not asking about it. I guess it is one of those gut decisions, those things that Republicans just know somehow. Spidey-senses.

So how did that Gorsuch confirmation vote work out for ya, Susie? You know, that respect for precedent (“the most important of all”)?

Susan Collins today: "I actually don't” think Justice Gorsuch would overrule Roe. “someone who devotes that much time to writing a book on precedent, I think, understands how important a principle that is in our judicial system."
Gorsuch Tuesday: vote to overrule 41-year old case

4 Responses to The Spidey-Senses of Sen. Susan Collins