The Laddie Doth Protest Too Much, Methinks 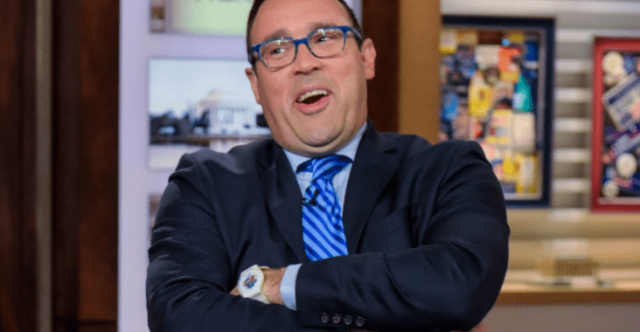 The Wit and Wisdom of Chris Cillizza

This isn’t about whether Samantha Bee CAN say it.

It’s about whether she SHOULD say it.

And whether we as a society SHOULD condone it. https://t.co/egEshw5Ubv

Shut the fuck up you hack. When the White House Press Secretary, on behalf of the President, says “Her disgusting comments and show are not fit for broadcast..” we’re heading into first amendment territory.

That I have to explain this to you reminds me how dumb you are. https://t.co/UGAOapDVG8

The debate over how we should treat each other is not. https://t.co/h8PNTvNM9x

And thus we are reminded to look at Cillizza’s past:

And of course, the treasure trove of defending name-calling (and Comrade Trump) in this infamous—and recent—Cillizza post:

(CNN)We are living in a golden age of political nicknames.

President Donald Trump is the Michael Jordan of name-calling, seemingly upping the ante of what’s possible in the nickname sphere with each passing week.

On Tuesday morning, Trump added another — “Cheatin’ Obama”— in reference to his immediate predecessor in the White House. It’s not clear what exactly where Obama was “cheatin’,” but it doesn’t matter! It’s a nickname! It doesn’t have to make sense!

Where does the latest nickname fit in my definitive rankings of Trump’s nicknames for his political enemies? Good question! Scroll down.

It’s a 17-item listicle presented as Letterman top-10 style  count-down list, btw, so totally misses the comic premise. And no where in it does Cillizza ever state that name-calling is bad.

4. “Pocahontas”: Offensive? Absolutely. Hard to forget? Also yes. Trump’s nickname for Massachusetts Sen. Elizabeth Warren, a Democrat, has its genesis in her claim that she had Native American heritage — 1/32nd to be exact. The claim became an issue in Warren’s 2012 Senate campaign, but she still easily beat incumbent Republican Sen. Scott Brown. If Warren runs in 2020 — and she is certainly thinking about it — get ready to hear “Pocahontas” a whole lot more.

So… if I am reading this correctly, Cillizza seems to be saying something like the Pocahontas racism is OK because it is really memorable? Is that how it works, Chris? Ask Roseanne for a comment on that, Mmm-kay?

No, I think what Cillizza’s tweet had more to do with boot-licking the grifters in the White House (access, dontcha know) and defending the First Shady Ivanka from the vulgar commoners, as is always the Villagers first priority. Cillizza’s guffaws at Trump’s name calling calls into question the authenticity of his offended sensibilities that anyone would dare call Ivanka what she so clearly is.

And I will repeat myself #Ivanka, there is a difference between having one and being one.

That Sam Bee was utterly correct in her scathing commentary about Ivanka’s trolling of immigrant families being ripped apart by her father’s cruel policy seems to be missing Cillizza’s sharp-as-a-marble commentary.

And again, we sing the praise of Kathy Griffin. I don’t think I’ve ever agreed with her more.

This entry was posted in Chris Cillizza, CNN, Pundits who make me crazy, Talentless Hacks. Bookmark the permalink.

12 Responses to Chris Cillizza: A Comedy-Tragedy In Three Tweets