Hors d’oeuvres in the Abattoir — UPDATED 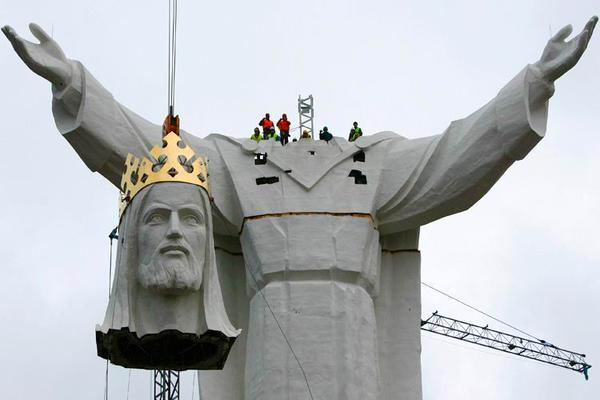 As regular readers know, I don’t poke my nose into international affairs very often; I don’t pretend to understand all the nuances and issues going back generations. I barely understand nuances in my own country (and that is pointed out to often enough with gun culture and those square states, and… and…), but the on-going shit show of the embassy move from Tel Aviv to Jerusalem is broad enough that even a numbskull like myself can grasp the thread:

“Death in Gaza, New Embassy in Jerusalem, and Peace as Distant as Ever”:“Across the Gaza Strip on Monday morning, loudspeakers on minarets urged Palestinians to rush the fence bordering Israel, where they were met by army snipers. At least 58 were killed and thousands injured, local officials said — the worst day of carnage there since Israel invaded Gaza in 2014.”

We hope that the fetus-fondling fundamentalists who encouraged and empowered Prznint Stupid to do this hair-brained stunt realize that they have blood on their hands. I suspect that they see it as a feature and not as a bug.

Anyway, the gossip/society portion of the morning’s Tiger Beat on the Potomac (thanks Charlie!) email thingie had this little related gem in it and it jumped out for several reasons:

We can rationalize all day what the embassy move was all about, but this Society Page item really makes it obvious, and it has almost nothing to do with Israel itself, but more with American Fundamentalists’ death-grip on the GOP. This has almost nothing to do with foreign policy, and even less with Judaism. This is extremely related to the 2018 Pie Fight and 2020 Goat Rodeo, and it is why I feel comfortable blogging about it.

We’ll close with this tweet, which really says it all:

When we asked SecState Pompeo if he had anything to say –anything– on the violence in Israel right now… he turned his back, and walked away.

This entry was posted in Jump for Jeebus, Theocrats, Xristian Xraxies, Y'all Qaeda. Bookmark the permalink.

7 Responses to Hors d’oeuvres in the Abattoir — UPDATED