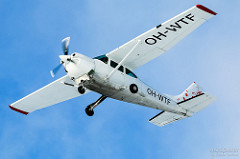 We’ve been saying since, well, forever, that the big infrastructure plan was going to consist of selling off public commons to private industry, and here we go:

“The administration wants to allow federal agencies to divest assets if they “can demonstrate an increase in value from the sale would optimize the taxpayer value for federal assets,” according to Trump’s blueprint for an infrastructure package.

“It also includes the George Washington and Baltimore Washington parkways, the Washington Aqueduct and the transmission assets of the Tennessee Valley Authority and Bonneville Power Administration on the list for “potential divestiture.”