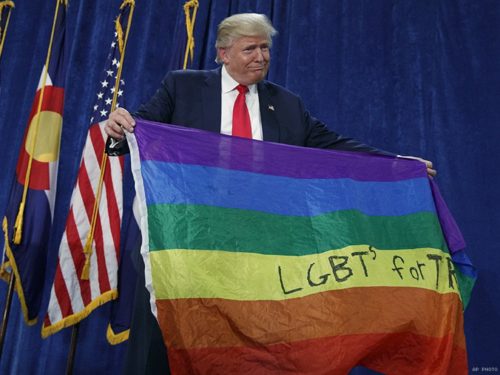 Hey guys, remember that time that when the Uncle Tom’s Log Cabin Club said that Trump was the most gay-friendly candidate ever?

Yesterday was a big day for Y’all Qaeda: first Comrade Preznint Stupid kicked transpeople out of the military, the Justice Department said that LGBTQ people are not covered by the 1964 Civil Rights act, and Kansas is saved as Sam Brownback is nominated to be an ambassador-at-large for religious freedom.

Mike Pence is popping wood today, which will make the termites salivate again.