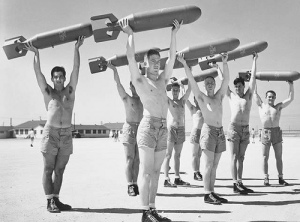 “Spring time for Hair Führer and the G-O-P…”

After consultation with my Generals and military experts, please be advised that the United States Government will not accept or allow……

….Transgender individuals to serve in any capacity in the U.S. Military. Our military must be focused on decisive and overwhelming…..

….victory and cannot be burdened with the tremendous medical costs and disruption that transgender in the military would entail. Thank you

That’s pure Pence-style bigotry. Well-spelled bigotry, but bigotry. You can say that Trump is presenting an argument for why he doesn’t want transpeople in the military, but there is not a lot of depth to it. I’m sure that there are transpeople currently serving, so is he going to kick them out? What is the cost-savings projection. And what the heck does he mean that they would burden victory?

I’m not sure that Comrade Trump—or Pence—can just declare that, I think that there must be laws that would have to state who can and cannot serve. Anyone? Bueller? Anyone?

11 Responses to Did Mike Pence…