Ilsa, She-Wolf of The Nazis… 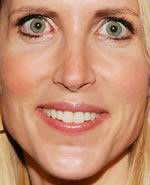 Crazy is as Crazy Does

…tells us two things and blog help me I kinda agree with her analysis (and yes, I note that a clock is right twice a day and a Calendar is right about once a decade…):

HOW TRUMP COULD RUIN HIS PRESIDENCY

…What coalesced Trump’s base, what made his support tempered steel, was the fact that voters had been lied to, over and over again – on many things, but most smugly and repeatedly on immigration…

…But if he breaks a major campaign promise, his supporters will turn on him with a blind ferocity, dwarfing their rage toward Jeb! because Trump’s is the more exquisite con. He will have duped them. And he will never, ever, ever get them back.

This does not mean that I’ve switched sides, but that I agree with her analysis: if Hair Fuhrer fails to enact the white power segregation he ran on, The New Confederacy will run him outta town in a NY minute. That was the main driver of his support, and if he doesn’t box car outta the country everyone that they hate, they will come for him. They want him to expand the deportation list, not shrink it.

And the other thing that Apple Annie (see what I did there?) said that struck me as prescient was a Tweet last night:

Medicare IS NOT WHAT THE ELECTION WAS FOUGHT OVER. If Ryan wants to change Medicare, then run for president on that & see how far you get. https://t.co/NrJfdXC6C3

She’s smart enough (cunning, actually, if you know what I mean and I think you do) to know that if Ayn Rand fan boi and noted Zombie-eyed Granny-starver Paul Ryan tries to vivisect Social Security and Medicare as part of his dismantling of the ACA, all hell will break loose in Methlandia as the Medicare scooters are confiscated and the checks stop coming in.

28 Responses to Ilsa, She-Wolf of The Nazis…