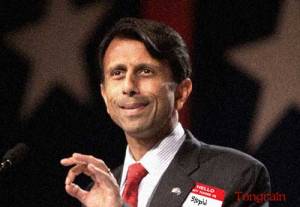 Ah’m as popular as a fart in church back home!

“[Bobby] Jindal’s status as a conservative of color helped propel his meteoric rise in the Republican Party — from an early post in the George W. Bush administration to two terms in Congress and now a second term as Louisiana governor — and donors from Indian American groups fueled his first forays into politics. Yet many see him as a man who has spent a lifetime distancing himself from his Indian roots…”

Which reminds me, in case anyone was wondering why the whores journalists at the Washington Post are giving Jindal a lavish tongue-bath: tomorrow is the big day that boy exorcist and reknowned volcano scholar Bobby Jindal announces his entry into the 2016 Goat Rodeo. Can you feel the excitement?