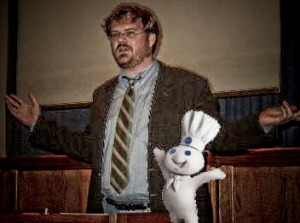 Honest to Blog, this man is a marvel:

After the Civil War, the victorious North, led by the fledgling Republican party, brought civil rights, including economic rights, to Southern blacks by a series of legislative “Reconstruction” acts — hence, the “Reconstruction era.”

And as Miss Janet Jackson famously sang, what have you done for me lately. Do go on, Jonah, I’m spell-bound.

Plantation owners, long-accustomed to free labor from people who were not free, suddenly faced a dilemma: Now they had to pay for it. Thanks to competition and a labor shortage, wages rose.

Wages rose? Like from 0? Oh, my head. What is this labor shortage of which you speak? It seems to me that there are the exact same number of participants in the labor market.

Plantation owners hated competing for workers, so they tried to form cartels.

No, plantation owners hated workers, or at least paying for them, just like today. And Jonah, cartels are a collusion of producers to enforce price supports of a product (think 1970s oil cartels). I suppose one could argue that labor unions are a cartel to support wages in a certain market/skill set, but that seems like the opposite of what you are, um, arguing.

But it didn’t work. Economic incentives were too great, and black wages kept rising as slaveholders-turned-employers bid against one another across state lines.

Say what? Are you really telling us that plantation owners went on an out-of-state hiring spree to find the lowest cost ex-slave labor to drive down the local wages? And thus the H1-B Visa was born!

Anyway, it drones on and on. Jonah is (as always) pleased with himself, but this is just twaddle of the lowest order. Any Scissorheads holding economics degrees want to weigh in?

This entry was posted in Doughy Pantload. Bookmark the permalink.