Clue: “Mrs. Peacock, in the Campaign HQ, with a Security Camera” 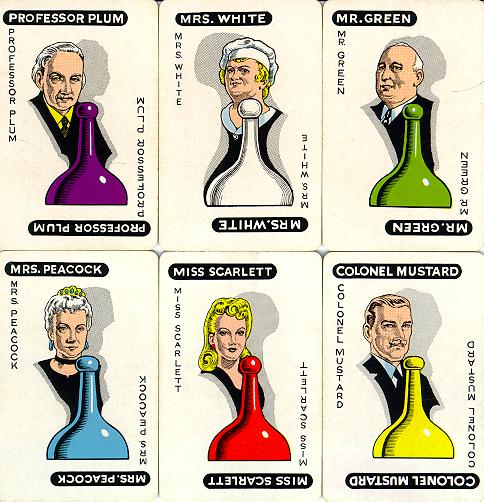 God, the Case of the Kissing Congressman gets better and better:

McAllister, remember, came out of nowhere to beat the hand-picked successor to Republican Rodney Alexander (R). In other words, in professional politico terms, it wasn’t his. And in addition to riding to victory on the coattails of the Duck Dynasty crew, McAllister actually went rogue a bit on Obamacare during the primary – something that got him called a liberal by the local GOP establishment who supported his opponent, Neil Riser.

Now we have at least some suggestion that those folks aggrieved at Riser’s defeat may have helped move things along.

Say it ain’t so. You mean that there might have been petty, political revenge in Louisiana? Whoda thunk it?

Danny Chance, Pastor of the Christian Life Church in Monroe says another staffer leaked the tape of the McAllister/Peacock smooch, district office manager Leah Gordon. She also, according to Chance, said she was going to take it to two Alexander vets who also worked on Riser’s campaign, Mike Walsworth and Jonathan Johnson. Add to the mix that the tape was leaked to a pro-Riser and very conservative paper.

Gordon isn’t talking – though McAllister’s chief of staff says only she and the building’s landlord would have had access to the tape.

Aha! so we have the possibility of back-stabbing campaign manager (Leah Gordon) and a landlord leaking the tape, or we have a lying Pastor (Danny Chance). What else do we have Columbo?

But Walsworth and Johnson are furiously denying the charges. “It’s an absolute lie,” Walsworth told the local paper. “He knows it’s not true. I can’t believe a minister would outright lie like that. Maybe I didn’t go to his church as often as he wanted. I didn’t see that video until (Monday) like everybody else.”

Methinks the opposition complaineth too much. But would the opposition’s campaign really want to sink the career of a fellow Wingnut? What would it take to make a member of God’s Own Party say (in public) that a Pastor is lying?

Meanwhile, Heath Peacock, husband of smoocher Melissa Peacock, says McAllister, who ran on his cred as a diehard Christian, is “about the most non-religious person I know.”

UPDATE 1: It seems that Mrs. Peacock had a way with a vacuum cleaner that drives men wild with passion. (TPM)

9 Responses to Clue: “Mrs. Peacock, in the Campaign HQ, with a Security Camera”