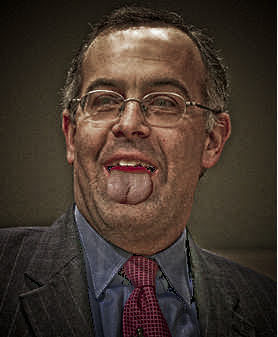 The ever-polite Ezra Klein ever-politely rips a new hole into David Brooks for his latest preposterous column in the NYTimes. Here’s my favorite exchange:

DB: In my ideal world, the Obama administration would do something Clintonesque: They’d govern from the center; they’d have a budget policy that looked a lot more like what Robert Rubin would describe, and if the Republicans rejected that, moderates like me would say that’s awful, the White House really did come out with a centrist plan.

EK: But I’ve read Robert Rubin’s tax plan. He wants $1.8 trillion in new revenues. The White House, these days, is down to $1.2 trillion. I’m with Rubin on this one, but given our two political parties, the White House’s offer seems more centrist. And you see this a lot. People say the White House should do something centrist like Simpson-Bowles, even though their plan has less in tax hikes and less in defense cuts. So it often seems like a no-win for them.

DB: My first reaction is I’m not a huge fan of Simpson-Bowles anymore; I used to be…

…which is about as ham-handed a way to change the subject as I’ve ever seen. But it was either that or admit that he is a pontificating poltroon who doesn’t know what he is talking about.

Let the facts lead you to a conclusion as Bill Moyers used to say. And the fact is thus submitted into evidence: David Brooks doesn’t know what he’s talking about. The conclusion of course is that the paper of record just got swatted on the nose, and they need to get rid of Bobo sooner rather than later.

Why Brooks agreed to talk to Klein will remain a mystery of the ages.

This entry was posted in Bobo, Pundits who make me crazy. Bookmark the permalink.

0 Responses to Both Sides Don’t, cont.